With deep roots in agriculture from the city’s inception, Miami’s history with the land is a rich one. The “Agriculture Fun Facts” featured below is a collaboration between Miami-Dade County Fair & Exposition, Inc. and HistoryMiami Museum that reflects the mission of both organizations. This agriculture display both celebrates our community’s deep roots in agriculture and educates on the evolution and impact the industry has locally. We’re proud to offer a chance to view this exhibit online to take a deeper look at the history and importance of South Florida agriculture below. 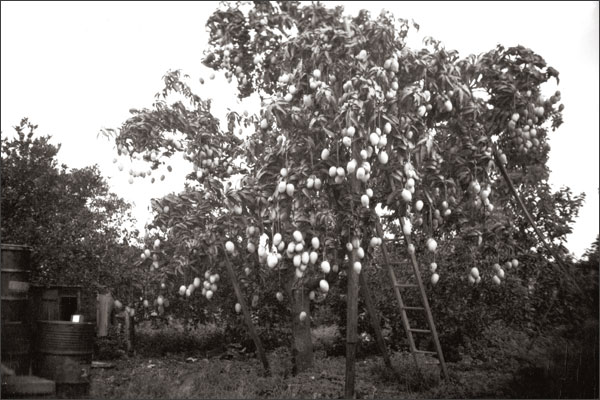 While there are hundreds of varieties of mangos, one of the great favorites in Miami-Dade and southeast Florida is the Haden, “invented” here by Captain John J. Haden. It was grown from the Mulgova mango seed and planted in Coconut Grove in 1902. The tree fruited in 1910. Analysis indicates that the Haden was the likely the result of a cross between the Mulgova and a Turpentine mango.

By the early 1970s, Mitchell Mangos owned and operated by the Mitchell family in South Dade, claimed 85% of the nation’s mango market. The Mitchells operated their mango groves across 350 acres in south Dade, an area that yielded as many as 100,000 pounds of mangos daily. Mitchell Mangos was easily the largest commercial mango operation in the U.S. 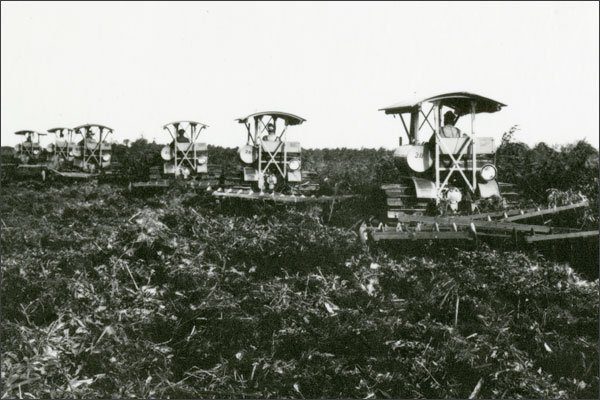 The Scarifying machine or a scarifier is a tool designed to cut through the soil, helping to clear debris, and break up the surface of topsoil preparatory to planting. It is said that it was invented in the early 1900s in South Dade County. 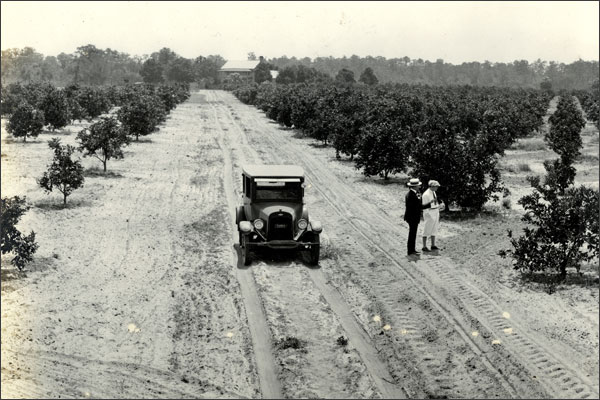 The term “Redlands” was derived from the reddish hue found in some parts of the surface soil in South Dade. 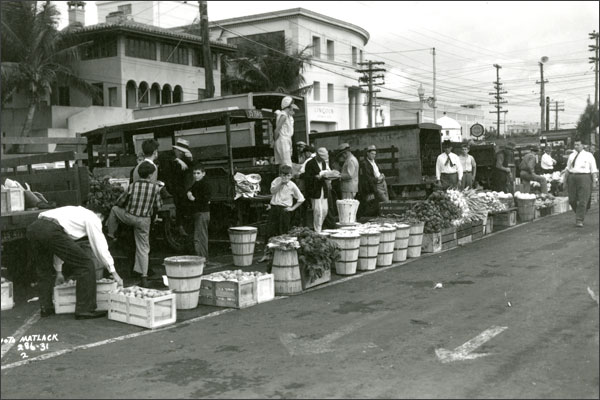 In the 1930s, truck farmers in the Redlands brought vegetables and fruits for sale to the city of Miami’s curb market downtown and by the north bank of the Miami River for sale. 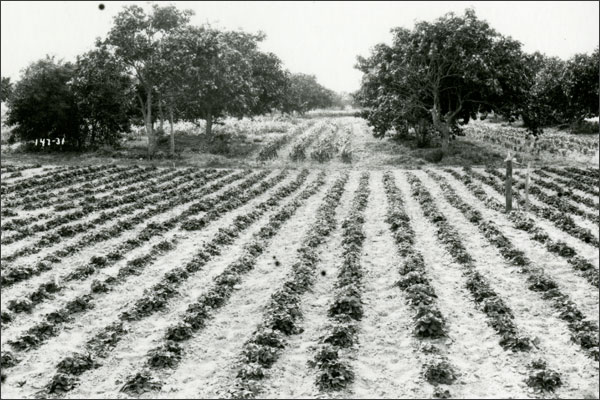 Commercial farming was still taking place in some parts of Allapattah, by then a tightly-packed residential/retail community, as late as the 1950s. 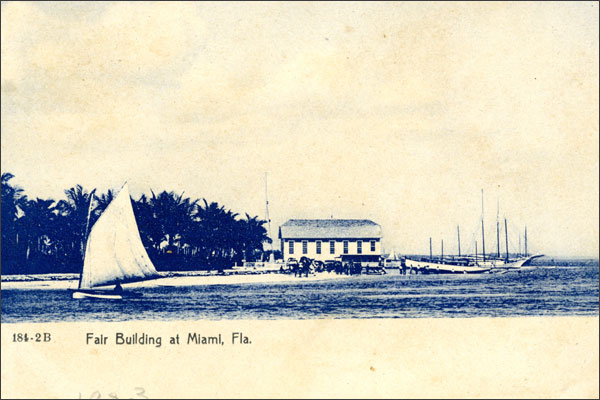 Henry M. Flagler built the Fair Bldg on Miami’s fledgling waterfront in 1897. One of the most popular annual events there was an agricultural fair where awards were given for the largest pineapple or the best- looking head of lettuce, etc. 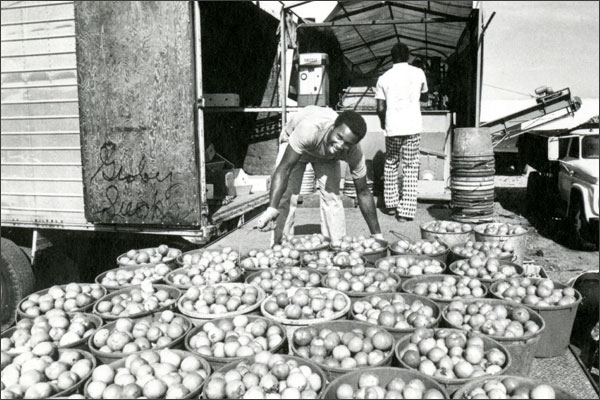 Farming in Dade County has always been characterized by a great diversity of product. The county was also a leading producer of a single crop. In 1952, the amount of tomatoes grown in Dade was second to only one other county, one located in Texas, in the U.S. 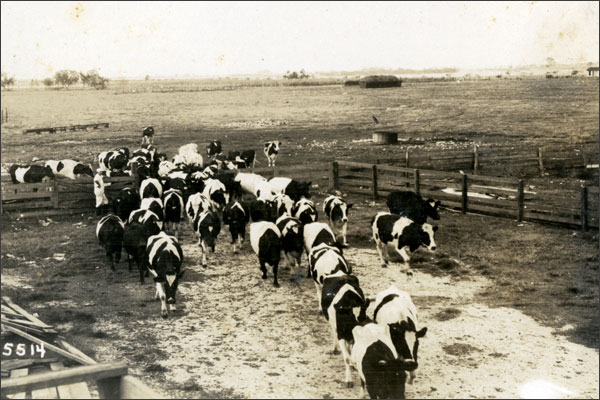 Sometimes overlooked in Dade’s agricultural history is the rich story of dairy farming in the county. In 1952, Dade hosted 48 dairies with 32,000 cows. 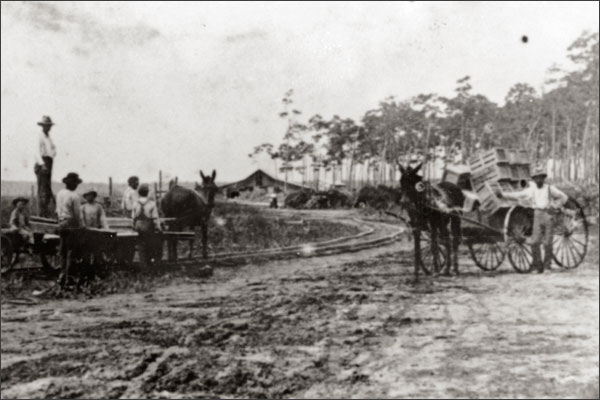 The heart of today’s residential Coral Gables, the area west of city hall along Coral Way to the western limits of the community, stood a thick, piney woods cleared by homesteaders in the late 1800s/early 1900s and converted to productive farms and groves, highlighted by the cultivation of grapefruits, tomatoes and guavas, the last imported from the nearby Bahamas.

When the Reverend Solomon Greasley Merrick, the father of Coral Gables creator, George Merrick, won the coveted Henry Flagler Prize at the Dade County Fair at the Fair Bldg. in 1903, for the best display of vegetables grown by one person, and for the best display of vegetables, Henry Flagler visited the Merrick farm in the future Coral Gables to see its work up close. 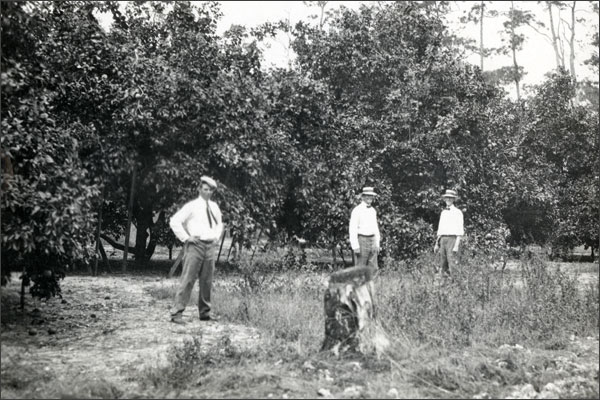 South Dade County provided 90% of the nation’s limes prior to hurricane Andrew in 1992. 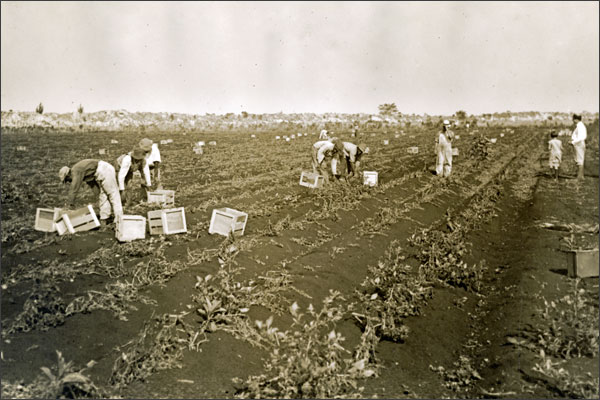 In the 1950s, B & L Farms in Princeton was the largest producer of tomatoes in the U.S. 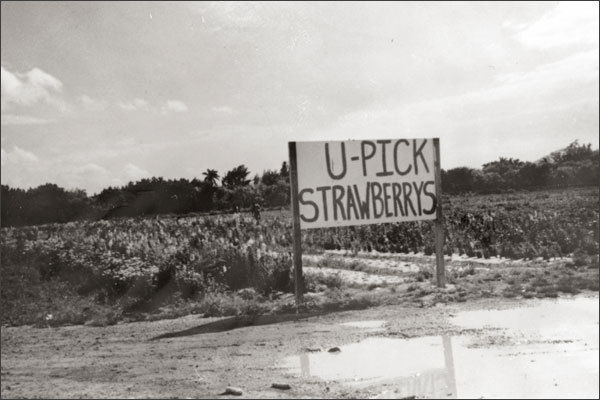 U-pic ‘ems was so popular for its bargain produce that in the 1970s, thousands of housewives and tourists visited the vegetable fields of South Dade on an annual basis, allowing U-pic ‘em fields to rack up a record business.